Panasonic Lumix DMC LX7 — For professional photographers or beginners, they certainly recognize the superiority of lenses from the Leica manufacturer. Every new camera and lens edition from Leica appears, instantly becoming their dream. But because the price is quite expensive, not many of them have it.

In this post, I don’t want a review of the Leica camera, but a twin from the Leica D-Lux 6 cameras, the Panasonic Lumix DMC-LX7 or commonly called Lumix LX7.

This camera is classified as a prosumer camera, but some say it is also a sophisticated compact camera.

Panasonic Lumix DMC LX7 and Leica D-Lux 6, which one is more worth?

Physically, there is a slight difference between the shape of the Leica D-Lux 6 and Lumix DMC LX7. But certainly, Lumix LX7 also uses a lens from Leica and of course the price is cheaper than the D-Lux 6.

In my opinion, the Lumix LX7 can currently compete with the latest prosumer cameras with a price range of 4 million even though this old school camera came out in 2012.

Concerning design, the Lumix LX7 comes with a classic and minimalist black and white retro concept. Panasonic does not insert a touchscreen into the Lumix LX7 and still uses a 3-inch TFT screen on the back like its predecessor Lumix LX5.

And again, one of the highlights of the Lumix LX7, is the ring aperture near the lens that can adjust various functions by rotating the ring and the LEICA DC VARIO-SUMMILUX 24 mm f/1.4 lens with 3.8x optical zoom. The lens opening specifications are the biggest in 2012 in the prosumer camera range.

Quoted from infofotografi.com, this pocket camera was once one of the best advanced compact cameras in 2012. The advantages compared to its predecessor Lumix LX5 is located on the lens whose opening is getting bigger f/1.4 – 2.3.

Lenses with large openings make taking photos in dark places easier. Another plus is the speed of photos in a row to reach 11 photos per second.

Lumix LX7 is a complete prosumer camera. But unfortunately, the sensor image size is only 1/1.7 1.7 so that the quality of photos, especially at ISO 400 and above decreases due to the appearance of noise in the photo.

Fortunately, the quality of the lens from Leica is very helpful in the details of the photos.

At this time, maybe only found the second if you are interested in wanting to ask for her hand. The price ranges from 1 to 2 million in the marketplace.

But if you are a beginner photographer who wants to learn photography before spending more budgeted to buy a DSLR or a more expensive professional camera, it’s a good idea for this camera as learning material.

And the answer in my opinion, this camera is very worth it.

Read more :  The Best Pocket Digital Camera for Beginners, How to Choose It? 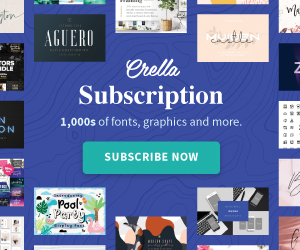